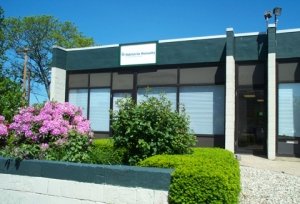 Habitat for Humanity of Greater New Haven is an affiliate of Habitat International, an ecumenical Christian housing ministry based in Americus, Georgia. Habitat International’s mission is to eliminate poverty housing around the world and to make adequate housing a matter of conscience and action. Habitat welcomes to the table partners from any faith–or no faith–who are willing to pick up a hammer to help improve the lives of families in need.

Habitat for Humanity of Greater New Haven’s mission is to eliminate poverty and substandard housing by building decent, affordable houses for working low-income families, which in turn contributes to the revitalization of New Haven neighborhoods. Habitat accomplishes its mission by partnering with individuals, religious and civic organizations, local businesses and corporations, and charitable foundations that support us financially and by volunteering.

Using volunteer labor and donated materials, Habitat builds and rehabilitates homes in the Greater New Haven area and then sells the houses to families who have been selected to partner with us. Homeowners are chosen based on their need for housing, ability to repay Habitat’s 25-year, 0% mortgage and their willingness to partner with Habitat. Because of Habitat’s no-profit loans and because the houses are built principally with volunteer labor, mortgage payments are affordable for low-income partner families who would not normally qualify for a conventional mortgage. Habitat families are required to put in 400 hours of “sweat equity” to build their house and the house of another Habitat family.

We build primarily in New Haven, though we have also built two new construction homes and restored a nineteenth century farmhouse in Hamden.  In 2003 we merged with Habitat for Humanity of Wallingford and have built two homes there.

Habitat for Humanity of Greater New Haven, like all affiliates of Habitat International, is an autonomous nonprofit organization that runs its own operation. The New Haven affiliate makes decisions locally, raises funds locally and builds locally with families in need from the Greater New Haven area. Minimal government funding is used to build houses. 10% of the funds that Habitat for Humanity of Greater New Haven raises is tithed back to Habitat International. Houses in the New Haven area are financed with whole-house or partial sponsorships, with in-kind donations of new construction materials, and through large and small donations from individuals.

Every year, hundreds of volunteers donate their time and talent to Habitat. Volunteers build Habitat houses, work in the office and serve on committees. The need for safe, affordable housing continues to be a critical issue. We are here to respond to that need.

Affiliation with Habitat for Humanity International 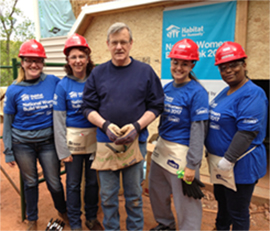