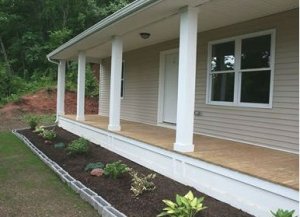 The new homeowner is Michael Doyle, a retired Marine, who works at the West Haven V.A.  Lie all Habitat home buyers, Mike volunteered 400 hours of his time to help build his house.

The dedication was attended by several of Mike’s new neighbors, members of Sleeping Giant Build, and Habitat staff and volunteers. Sleeping Giant Build presented Mike with a housewarming gift. The Southford Falls Quilt Guild donated a hand made quilt (their 13th donation to Habitat families)! 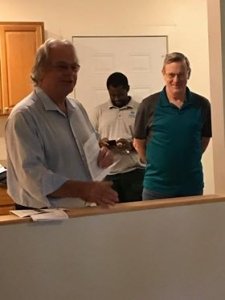 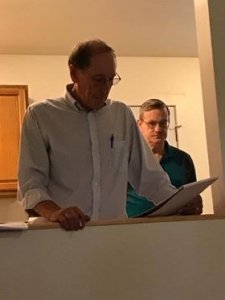 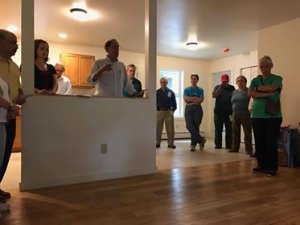 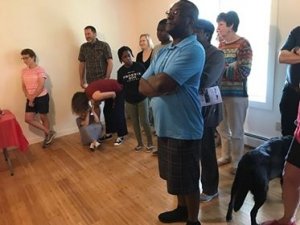 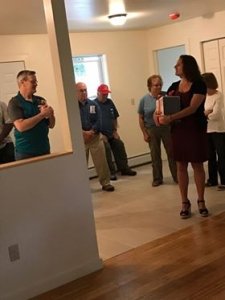 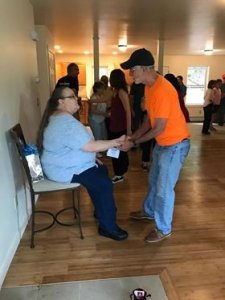 Mike’s sister Kathleen being congratulated by Don Deloge, a long time Habitat volunteer and past Board president. 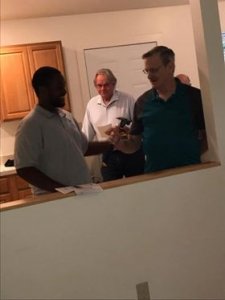 Antoine Claiborne, Habitat construction manager, did the traditional “Passing of the Hammer” to Mike. 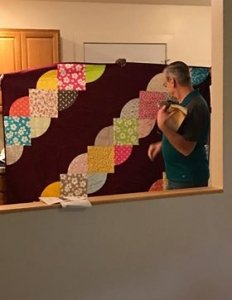 The Southford Falls Quilt Guild donated this beautiful hand made quilt to Mike. 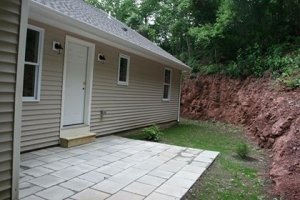 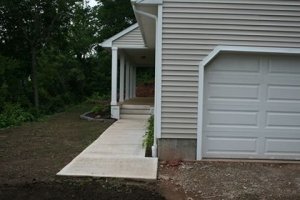